When the Sierra Kids Foundation was founded 11 years ago, it was with the intention of assisting Northern Nevada families affected by autism. By raising funds for the UNR Early Childhood Autism Program, they have helped countless children with autism get a head start on the road to living happy and productive lives. One of these children is Wyatt Fovel, age 6, and according to his parents, Lynn Fovel-Duncan and Matthew Fovel, the program has been nothing short of miraculous.

When Wyatt was born, he was very premature, and his parents were told that he might have some developmental issues. Since a baby’s eyes, lungs and ears are not fully formed at 29 weeks, there were worries that he would not reach major milestones at the same rate as other infants. Despite the concerns, Lynn says he didn’t have any health issues in his first couple of years. 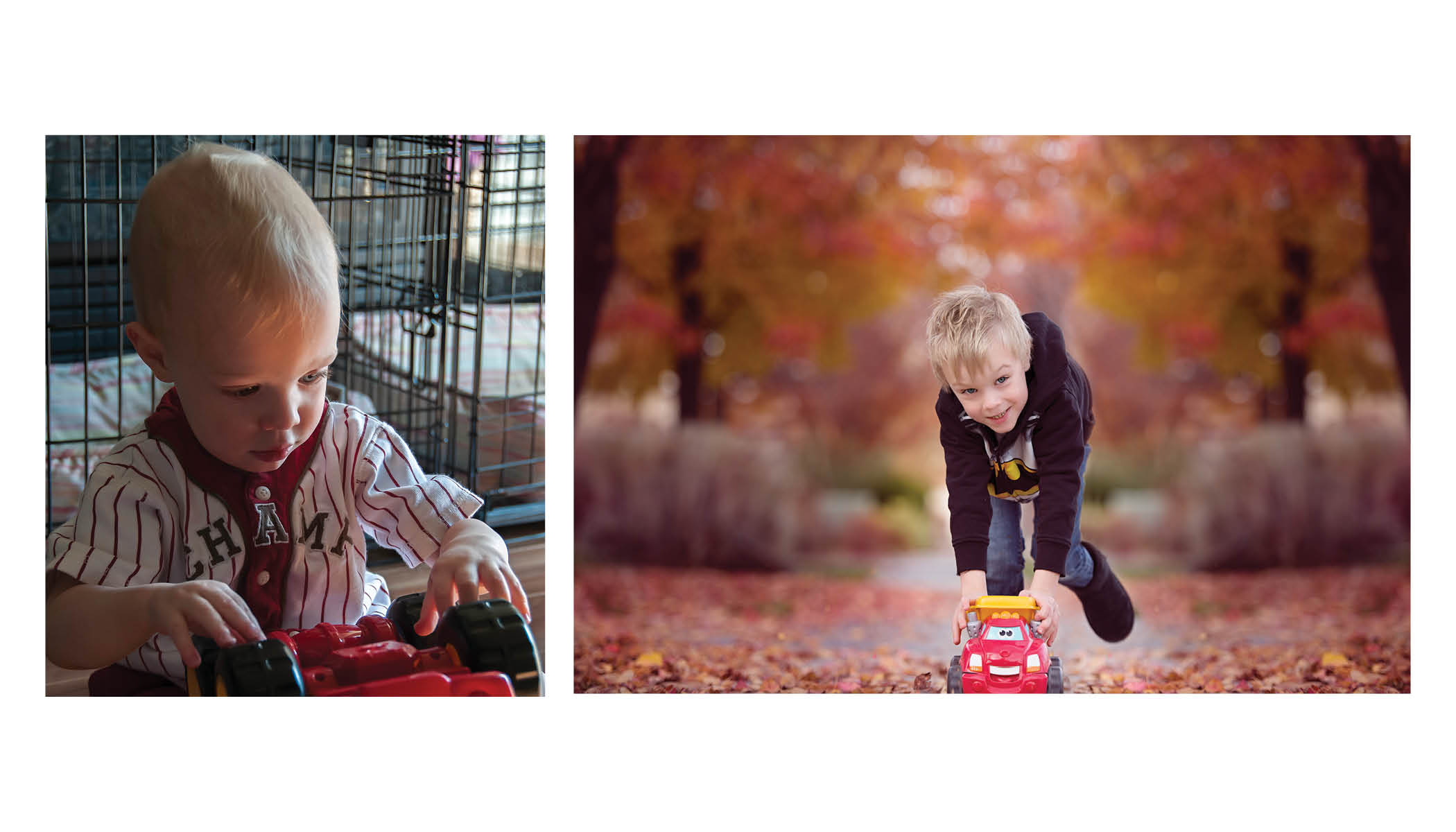 However, just before his second birthday, Wyatt’s parents began to notice some concerning behavior in their son. He stopped communicating completely, and began playing with his toys differently than he had before.

“Just a few months before he turned two he started regressing with his development. He began losing all the words he had picked up. Things he had learned like mama and dada, he just stopped saying all together,” Lynn says. “ The way he played with toys deteriorated too. The big thing I remember is him turning his trucks over and just spinning the wheels and staring off into space.”

“The things he did were extremely repetitive,” recalls Matthew. “He would go to the kitchen and open and close doors. He didn’t reach in and grab anything or pull pots and pans out, he just opened and closed over and over again.”

Wyatt began fixating on things, like staring at the ceiling fan, or certain songs that he liked. Lynn says that she remembers a time when Wyatt would scream if she didn’t play “The Wheels on the Bus” when they were in the car.

His tantrums began to worsen as well. The house the family lived in at the time had wooden flooring on the bottom level, and according to Matthew, Whenever Wyatt would get upset, he would relentlessly bang his head on the floor.

He would get very frustrated, I think by the fact that he couldn’t communicate,” Matthew says. “He would have these tantrums where he would get on all fours and head-butt the floor. He did this so much that he had a permanent welt on his forehead. Pretty soon he got so sore, he would go down on all fours, start banging his head, then he would stop for a moment, and crawl over to the area rug and bang his head there.”

Just before Wyatt’s behavioral changes, Lynn had read a book about a child with autism. When Wyatt started displaying the signs, she remembered what she had read and realized what might be happening. She told Matthew about her concerns and they decided to take him to Early Intervention where he was quickly diagnosed.

“Once we knew what was wrong it was just an issue of how to help our child,” Matthew says. “Now that we have a diagnosis, how do we use that diagnosis to help Wyatt?”

Lynn began researching their options online and eventually her search lead her to the UNR Early Autism Program, and they decided to give it a shot. Though Lynn and Matthew weren’t completely sure about “The Ghezzi Program,” as they call it, at the beginning, their first meeting with the program tutors made them see that this was a place where Wyatt could make some real progress.

“The first time we met with the people from the Ghezzi program, I left the room for a moment, and while I was gone, they were trying to get him to say mama and dada,” Lynn explains. “When I got back everyone was jumping up and down because he had said it. Before that he was completely nonverbal.”

Wyatt is now six years old, and in the two and a half years that he has been in the program, his parents have seen a complete turn-around in his behavior.

“I don’t think either one of us knew quite what to expect, but they’ve been invaluable to our family,” says Lynn. “I thought we were going to have to care for Wyatt for the rest of his life, but he can probably go out on his own now. I can see him driving a car, I can see him getting a job, having a life and having a family. Before the program, I couldn’t imagine any of that.”

Matthew says that the Wyatt he sees today is unrecognizable compared to how he was just a couple of years ago. He is no longer the three-year-old with the welt on his head, silently avoiding eye contact, and spinning the wheels on his toy trucks. Today, Wyatt is an imaginative, precocious six-year-old, with a love of cars and a desire to interact with other children his age.

“All kids mature from age three to six, of course, but you wouldn’t know he was the same child,” Matt says. “Now he has an active imagination, he plays with Legos and pretends. He plays with cars, races them around against each other and he actually wants to interact with us now. I can’t tell you how priceless the program has been.”

“He enjoys playing with his step-siblings now too, and actually looks forward to them coming over to the house,” Lynn adds. “Before, he would have tried to make every effort to go over to Matthew’s when my husband’s children visited, or just not acknowledged that they
were there, but now he’s actually excited to know
they’re coming.”

Wyatt of course still has his quirks, but as Matthew points out, everyone has their quirks, whether they have autism or not. Wyatt still has some issues interacting with children his age, but his tutors from the program have been working hard to help him through it and hope that soon he will be able to interact with his peer unassisted.

“He does things a little differently still,” Matthew says. “But he’s able to socialize and work in a typical environment now, which is just amazing.”

Lynn and Matthew admit that at first, the Early Autism Program was a bit of a culture shock, and that the hands-on nature of their teaching methods may not be right for all families. However, they both agree that seeing Wyatt blossom and come out of his shell has made the experience worthwhile.

“It’s very demanding,” Lynn says. “There have been a lot of vacations missed, and a lot of sacrifices made, but it’s so worth it.”

“I don’t know about any other kids in the program or
how much they’ve been turned around,” Matt adds. “I can only speak for Wyatt. But for us, it’s been worth every penny. I don’t even know how to explain it, but I’m so appreciative that we decided to go this route. They’ve truly worked miracles.”